What the Bible says about Jesus

The True Light "In him, (the Lord Jesus) was life, and that life was the light of men. The light shines in the darkness, but the darkness has not understood it. The true light that gives light to every man was coming into the world,…the world didn’t recognize him." John 1:4,9.
The Good Seed and the Weeds “The kingdom of heaven is like a man who sowed good seeds in his field. But while everyone was sleeping, his enemy came and sowed weeds among the wheat and went away.” Matthew 13:24,25.

Finish what you started

For the last few days I have had this thought going through my mind. Usually it means that the Lord is trying to tell me that it is worth looking into it, elaborating after consulting him of its importance, meditating on it and most important double checking like a Berean in the Word where this concept is found, the context of when, to whom and why it is addressed and if my own life experience and application of this biblical principle when guided by the Holy Spirit has contributed to my own spiritual growth.

Before the Lord saved me 53 years ago, my life was a mess. It was what seemed to be a succession of random, haphazard events and circumstances over which I didn´t have any control. My emotional and selfish reactions only made it worse. Whatever I tried to correct the situation ended up in more failures and one thing that eroded more than anything else was the feeling of waste and utter desperation at finding some self- worth because of the total lack of positive and constructive accomplishments to look at and be proud. Everything I touched and every relationship I had turned into one more proof that my  existence on this earth was a curse from an unjust and vindictive god that hunted me down and punished me for the simple fact that I was born without asking for it or having anything to say about the matter.

Needless to say, this kind of attitude doesn´t contribute to accomplishing much in life and the feeling was exacerbated when I compared myself with my friends, neighbors and all the great heroes  out there that receive the adulation and honor for their accomplishments and contribution to society. I wasn´t sitting on a pile of ashes, I was buried under the ashes of the death dealing blows of a self-incriminating conscience piled on the top of more judging and condemning by the society in which I happened to be born.

Now, this is not wallowing in self-pity on my part, I just wanted to set the stage for demonstrate the extraordinary saving power of Jesus-Christ through love, mercy and grace He has for anyone who knows he or she is soul-sick, lost, hopeless and helpless with no way out and no one to turn to, but in a last act of desperation turns to the God that unbeknownst to him/her was faithfully and patiently waiting for the child to acknowledge his/her lost condition and come home to his real, loving Heavenly Father.

To summarize the above, I never finished what I started before I was 23 years old.
Then, my life started changing because I met the God who never changes, who is the Alpha and Omega, the beginning and the End and everything in between, accomplishing what He said He would do, as I trust more and more in His transforming power. As I was reading the Word, I encountered some encouraging verses such as:

For I am confident of this very thing, that He who began a good work in you will perfect it until the day of Christ Jesus. Philipians 1:6 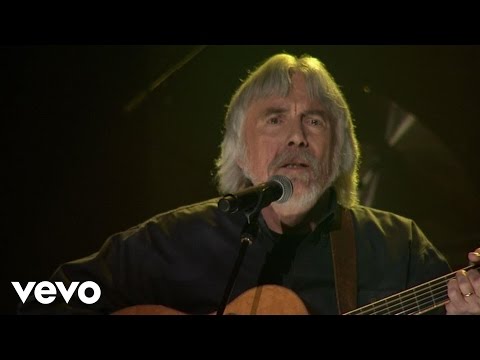 Click here: WELCOME! We appreciate your patience and understanding.

NOTE: My 2 blogs are interconnected and both have an interlink feature. So If you are interested in reading another post related or not written in English, French, Spanish or Portuguese, you can do so by clicking on the thumbnail at the bottom of the post or go to my multilingual other blog: http://thelightseed.blogspot.com

The Eternal Spring of Joy, Peace and Hope from the Heart of God

Look up for your redemption is near

I claim no right as an author. I didn't create the mind, my brain, my hands, nor any of my senses through which I perceive the world around me. Therefore, I invite anybody if you see any benefit or blessing in the posts, to print, reproduce or distribute the contents of this blog I wrote personally. Jesus said: "Freely you have received, freely give". John the Baptist said: "One can receive only what has been given him from above". I would suggest you ask for discernment, checking everything with the Word of God and consider what is right, true, noble, pure, lovely, beneficial as coming from God. I am just offering and sharing free of any restrictions the things that I deem worthy of passing on for any one willing to spend a little time and walk with me along life's highway so we can learn and grow together. Give thanks to and Praise God for the wonderful things he has done.

The Good News of Jesus-Christ

What is the Gospel? by Pr. Harry Ironside

Discernment Essays by the Author

NEW UPDATED Lord, What Time Is It?
Reflection on the rainbow (true and counterfeit)
Pandora´s Box
Rob Bell, Kriya Yoga and another Jesus
Who is this Jesus?
The New Age Movement - Beginning in the Garden of Eden
Dr. Ben Carson revisited (Updated)
Be careful, who are you listening to?
Warning! Danger ahead. Who is writing on the book of your life?
Personal reflection on sheep and goats.
Perceived truth and absolute truth
The woman at the well
How do we measure success?
The Poison of False Teachings (Updated)
Preach the Word... and by all means use words (Scripture)
Should a woman be ordained pastor of a christian church

New: Descartes, me and GOD. Thought of the day
New Edited: Lord What Time is it?
EDITED and EXPANDED: False and True Righteousness. Personal reflection and story.
NEW Update: Row vs. Wade and Penumbra
The Spring of Joy, Peace and Hope from the Heart of God The LightSeed Day of Resurrection message update
NEW: Birth Pains and Our Glorious Homecoming
NEW:Finish what you started
Preparing the Way for Jesus´Second Coming Revised
NEW: God, What Time is it? -- Morning meditation
Distance, Separation and the Cure Be a peace maker
Let your Light Shine - The Way of Intercession
My Pencil in the Hand of Gof Stop and ponder before going further
WWJD - Faith through Love in Action
How do we Measure Success? When the catch is meager
Beauty for Ashes When B comes before A
Tempering our Weapons When the heat is on
The Package When the mailman is late
Reflection on a Train Accident
Is He a Terrorist or Not? Confronting our Fears
Mercy, Forgiveness and the Ways of God
Intercession and the Heart of God
The Wisdom of Patience
A Ship Named Relations - Part 1 - Paul´s Shipwreck Outline
A Ship Named Relations - Part 2 - Life Application
More to come ...

The Joshua Tree - An original Parable/Allegory by this Blogger

Are you seeking answers to the mystery of life? Do you feel sometimes feel stuck in daily routine or alone in a spiritual desert without the hope of finding the exit door? Are you at the end of your rope? If so, I invite you to join me in a quest for answers to the difficult passages and arid places in life .
NEW - UPDATE Ebook -MP3 Audio Files
Update Introduction
I. Sighing and the divine response
II. The delusion of grandeur
III. Near the desert gate
IV. The encounter
V. Welcome to the house of mirages and the horned viper
VI. Other encounters: The Joshua Brothers
VII. The Tree of Life

Now you can download an excellent Bible software on your PC and/or your USB flash drive. It contains easy to navigate and efficient interface, free add-ons modules, Bibles in English, foreign languages, Dictionaries, Commentaries, everything you need to help you study the Bible.

TESTIMONY/MESSAGE OF AN ABORTION SURVIVOR

I am sure most of you have known at some time in your life a person who wanted or attempted to end their life or succeeded in doing so. Personally, I have known a number of such people. I, myself had such an episode as an adolescent.

More and more I am reading and hearing about people young, old, male, female, gender and age don´t matter that add their lives to this problem of epidemic proportion in our society. Whatever the cause, we can all do something however small to save lives.

An understanding heart, a listening ear is sometimes all that it takes to help weaker, more sensitive people overcome the hopelessness that drives fellow human beings to discard the gift of human life.

Please, take a few minutes to read below the few examples and testimonies about suicide. And please pass it on, if that´s all you feel inclined to do. Thank you.

He Invites Suicides Jumpers for a Cup of Tea

Don Ritchie moved to a house outside Sydney, Australia, for the clifftop view. But soon he was stopping suicides by inviting potential jumpers inside for a cup of tea.

Don Ritchie has been awarded a medal for bravery and an Order of Australia (the nation’s second highest honor) for averting hundreds of would-be suicides by approaching people and offering them a cup of tea. ‘I used to sell kitchen scales and bacon cutters,’ he says. Now, ‘I’m trying to sell people life.’

I jumped Jumped off the Golden Gate Bridge

"I Jumped Off The Golden Gate Bridge"

Me Before You - an opinionated review from a real paralyzed woman. 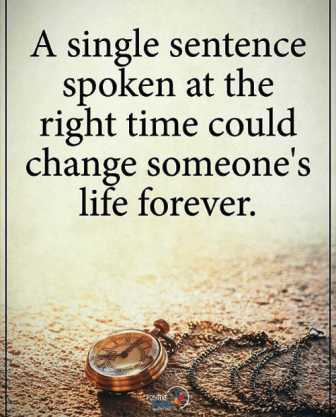 AS LONG AS THERE IS LIFE, THERE IS HOPE

The statement of faith of "The Light Seed" mirrors the one found at https://slbc.org/about/statement-of-beliefs/